The rarest varieties of koi are those which have been carefully bred to showcase their breed’s unique coloring, shape and size. This includes varieties such as the Ki Utsuri, Kin Kabuto, Ai Goromo, Ki Bekko and several others. These rare koi varieties are highly sought after by koi pond collectors and often fetch a very high price at exhibitions. Rare koi fish such as these are frequently only available at specialized koi breeders in Japan.

Have a look at these beautiful and rare koi and let them inspire your selections for your next (or current) koi pond. If you select your own koi that share some of the features you see below, you may be able to breed them to create your own unique and rare koi. However, keep in mind that breeding koi is a difficult task even for experts.

Ki Utsuri are a variety of black koi fish with yellow splotches all over their bodies. They are members of the Utsurimono family and are considered among the rarest of koi varieties.

Ki Utsuri is basically a yellow variety of utsuri koi which get their distinctive coloring from a recessive gene. This is part of what makes the Ki Utsuri such a rare koi, because it can’t be bred intentionally but instead must be recognized and nurtured by an attentive koi breeder.

The word ki means energy or air in Japanese, while the word Utsuri translates to “reflections”.

Kuro Goshiki are a member of the Goshiki family which was recently subdivided from Kindai Goshiki, which is a lighter variety of Goshiki koi.

Kuro Goshiki is a dark, mostly black koi with red patches across its body and sometimes reticulation (color patterns) on the red spots as well.

Goshiki means “five colors” in Japanese, which in this case are black blue, white, red and dark blue. When these colors combine, it can sometimes give the fish an almost purple appearance.

Ai Goromo koi are distinct for a faint blue edging around each of their red scales. These beautiful and rare koi variety were probably the result of mixing an Asagi with a Kohako, which is suspected to be the origin of their blue and white markings.

This beautiful blue edging around the red scales usually thickens and darkens with age, so if you come across a young Kohaku koi with barely visible blue reticulation there is a good chance it will mature into an Ai Goromo.

Very little is written about this rare koi variety that is native to Yatsushiro, a city located in the Kumamoto Prefecture of Japan.

The Yatsushiro koi variety has a black body with white head and fins. They are very distinct looking with an almost cow-like pattern of black and white markings.

The Beni Kikokuryu is a scaleless offshoot of the Kikokuryu family and features a greyish, almost metallic colored body with orange, red and white markings throughout. This breed was developed relatively recently in both Japan and the United States simultaneously.

A Beni Kikokuryu is known for its colors having very defined edges as well as its body having a bright metallic sheen.

The Tancho koi is a very distinctive variety with a pure white body and a single orange circle-shaped mark on their heads between their nose and eyes.

One of the features that make Tancho so beloved and unique is their resemblance to the Japanese flag, as you can see from this picture above.

Ki Bekko are among the rarest varieties of the Bekko family and feature a yellow body with splotches of black patterns throughout. One of the definining features of the Ki Bekko is that the black patterns are exclusively on the top while the bottom is purely yellow.

Ki Bekko are usually the result of mixing Shiro Bekko, Kigio or Sanke spawns; they are not deliberately bred.

The Kumonryu koi is a (usually) scaleless koi with a black base and varying white patterns across its body.

The Kumonryu is believed to have been created by mixing a Shusui with a Matsukawa Bakke.

The Kin Show is a rare koi with a metallic colored body along with orange and white patterns throughout.

Kin Showa features all of the typical elements of the Showa family including a black pattern on the head, wrap-around white bands and motoguro pectoral fins.

The Kin Kabuto is a variety of the Ogon koi and has a metallic colored body with gold patterns throughout. Kin Kabuto are believed to have been bred in the early 1900s in Japan, making them a relatively older breed.

The Kin Kabuto are known for being very friendly and sociable towards humans. They are considered to be great pets to have in the family koi pond as they will often surface to see what their “owners” are doing.

Source: What Is A Kin Kabuto Koi? (totallykoi.com)

Not much is written online about this rare Ginrin Matsukawabake koi, but it’s generally known for having a mix of black and shiny metallic colored scales.

Ginrin Matsukawabake have varying degrees of white, black and metallic coloring but are generally known for their shiny, almost translucent, looking scales.

What Is The Most Expensive Koi Fish?

According to Business Insider, the most expensive koi fish ever was sold for $1.8 million dollars. This koi fish won “grand champion” at the 2017 All Japan Koi Show.

What Color Koi Is Most Expensive?

What Are The Best Koi To Buy?

If you’re in the process of building or planning your first koi pond, you can’t go wrong with the common koi available at your local fish or pet store. The most common kinds of koi fish are usually part of the Gosanke, Kohaku and Taisho Sanke families. These kinds of koi may not be as rare as other more expensive varieties, but they are equally beautiful and fulfilling to own.

Black koi, such as Karasugoi and Karasu, are some of the rare examples of fully black colored koi. Unknown outside of Japan until relatively recently, very little is known about the history of black koi or how long they’ve been around.

How Can You Tell A Good Quality Koi? 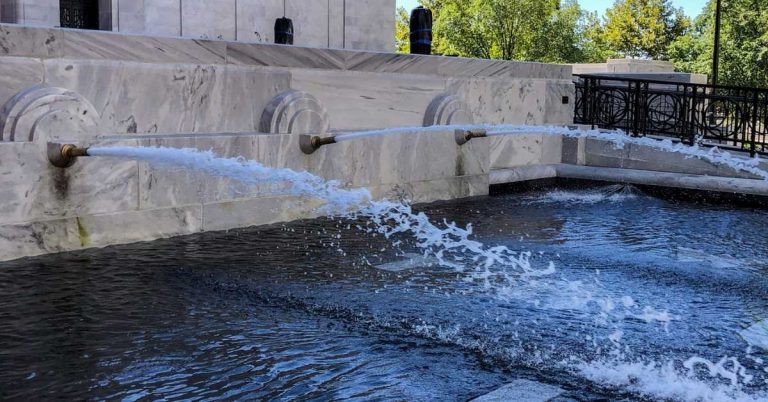 Backyard ponds come in all shapes and sizes. They also can have drastically different functions depending on the type of aquatic plants and wildlife you plan on including in it. But one question I get asked consistently is whether or not a backyard pond needs a pump. In most cases, you cannot have a backyard… Koi fish are an amazing species and a favorite of pond owners around the world. One of the key selling points for Koi is their incredible lifespan. In general, koi fish can live an average of 15-20 years assuming all their nutritional and environmental needs have been met. Well looked after koi have been known… A koi pond is a wonderful addition to any backyard, but if the pH isn’t exactly right it becomes little more than a wet hole full of dead fish. This is why it’s so important for the safety and health of your koi fish to understand what is the best pH range for them to… When people build a pond in their backyard or garden, they envision beautiful crystal clear water with plants and fish swimming around. But what happens too often is the water turns murky and green very quickly after filling it up. Green pond water is caused by millions of micro-organisms living in your pond’s water called… Koi are beautiful and interesting fish that are extremely popular for many reasons, including the fact that they can jump. Their jumping is very cool – but will koi fish jump out of your pond? Koi fish like to jump, and that means sometimes they will accidentally jump out of their pond. Sometimes they jump… The koi fish, both its Japanese and “domestic” varieties, is one of the most popular and beloved kinds of fish in the world. People have these beautiful fish in their backyard ponds as well as tattooed on their bodies. But have you ever wondered what these amazing fish represent in traditional Asian culture? In traditional…